What an interesting rollercoaster of a week! I left Angela’s driveway a little over a week ago and felt no qualms sitting in the Walmart parking lot that night. The next day I headed to Cuyahoga Falls to visit with a friend and start this traveling thing. Oh, that first night! Folks, I will admit that I was a mess. I doubted everything that I was doing. I was sure that I’d made a huge mistake, that I was going to be miserable the whole time, that I’d let so many people down. I was near tears about missing my kids, about terrifying my cats, about leaving behind a sense of stability. I know that this all might sound silly, but that was what I was going through.

I reached out to a group on Facebook called Women Who RV and asked if anyone else had felt this way and if it was normal. Imagine my relief and gratitude when dozens of responses flooded in assuring me that this was pretty normal. One woman even contacted me with her phone number in case I needed anything while I was in town. I have to tell you that I’ve known for a long time that online people are spectacular and this was another time that cemented that feeling. 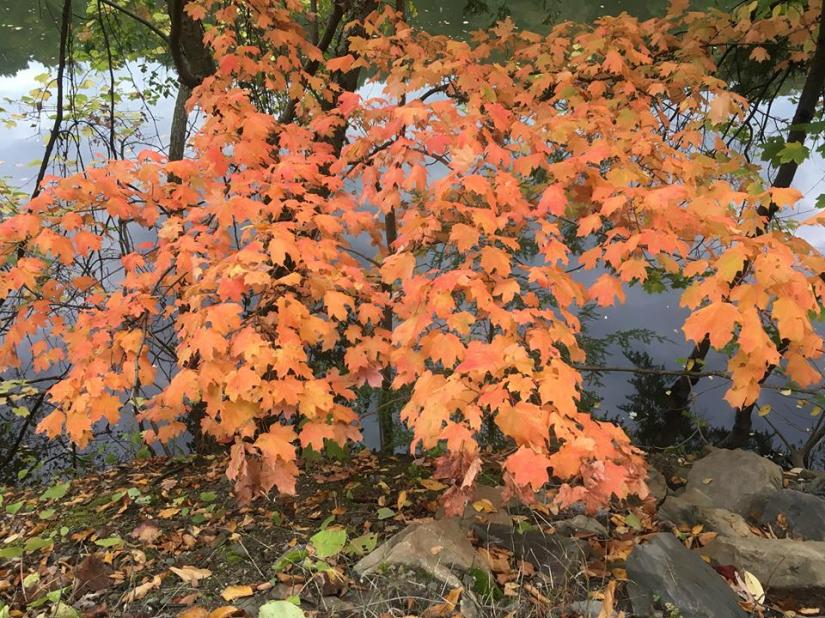 After that, I settled a bit and enjoyed spending time with two friends. One, “B”, lives in the area and offered a couple of hot showers and a place to do laundry. I have to admit that, even though washing clothes by hand can be a pain, the shower was luxury. You tend to take things like that for granted. We also ran a few errands and attended an artisan festival (and had a fabulous grilled cheese sandwich!) I also got to walk one of the trails in Gorge MetroPark with “MB” and we had a great time and enjoyed wonderful conversations. After a good night’s rest, I headed out again.

My first campground was beautiful and had fresh water available and lots of sunshine for the solar panels. However, there was absolutely no cell service unless I walked a bit over a mile up the road (I wasn’t going to pack everything away in the RV just to make a phone call and check in on everyone). It was good exercise but certainly not something I wanted to do a couple times each day. So, I headed a little farther down the road and found a good location with better reception. While it isn’t quite as pretty, I appreciate being able to stay in contact with my kids and with my friends. That might change one day, but I don’t really think so. 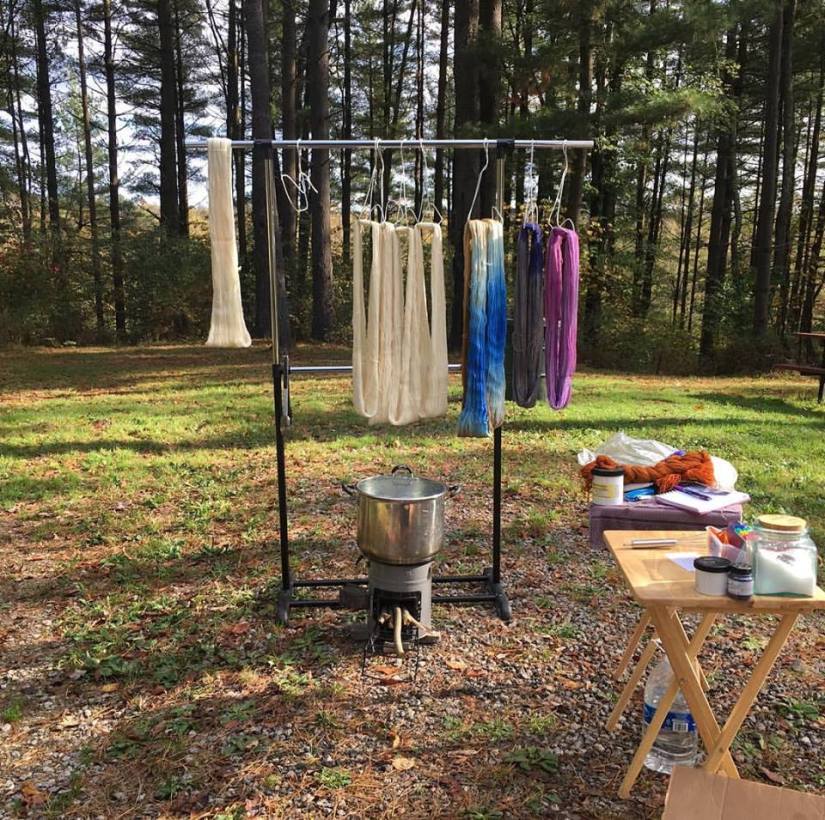 And now, I’ve gotten settled here and have started to relax a little. I know that there are still a lot of things that I need to get better at (such as packing things away for driving) and other things that I just need to be more aware of (like closing the pressure relief valves when I want to run the water pump), but there are certainly some things that need no practice (such as smiling while listening to a chorus of coyotes in the distance).

Have I made a huge mistake? Only time will tell. For now, I’m learning more about dyeing outdoors, soothing the cats when we park, and taking deep breaths when things go haywire.

May your weekend be filled with awesomeness!

View all posts by Shayla Morrigan

2 thoughts on “Learning and more learning”